"Plus on pédale moins vite, moins on avance plus vite"
Haut

"Many Dutch artists have become popular by singing songs in their own language. It started with Peter Koelewijn in the late 1950s, the first to sing Rock and Roll in Dutch. In the 1960s it was mainly Boudewijn de Groot - to this day extremely popular. In the 1970s there were many performers, of which Rob de Nijs stood out. The 1980s were for André Hazes and less Koos Alberts. The 1990s were dominated by Marco Borsato. Other well-known names throughout the years were Jan Smit, Frans Bauer, Gerard Joling, Gordon, Guus Meeuwis and René Froger. Another notable Dutch band is Tambourine.

In addition, there is a great number of bands that compose and perform pop and rock songs in the Dutch language. That started in the 1970s with Polle Eduard, Bots and Normaal - which sang in dialect. Late 70s and early 80s there was a big boom of bands that used the Dutch-speaking songs. Well known representatives from that period: Doe Maar, Het Goede Doel, Frank Boeijen Groep and Toontje Lager, and during the late 80s De Dijk, The Scene[2] and Tröckener Kecks.
In the 90s there was a second boom Acda en de Munnik, Bløf, Van Dik Hout and IOS." 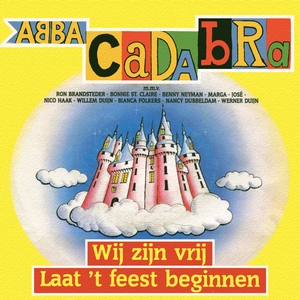